What is Laser Marking?

Laser marking is a marking method that uses a focused laser beam to alter the surface of a target. The laser beam is emitted by an oscillator and scanned using a mirror (known as a scanning mirror), and a focusing lens is then used to focus the beam on the target and mark it by altering the surface. Because laser marking involves using light to change the target surface, this method is more resistant to abrasion than ink-based marking, and the marking does not fade over time.

When the laser beam is applied to the marking target, the focus is shifted so that only the heat will be conducted. Applying heat without engraving the target forms an oxide film on the surface. This film appears black and represents black marking.

The laser beam is applied to the marking target at the focal point. The metal surface is slightly removed to expose an uneven surface. This cause irregular reflection of light to create marking that appears white.

Laser light irradiates the focal point and etches the surface of the target for marking. A deeply engraved impression can be made by increasing the amount of engraving by increasing the laser irradiation count.

There are three patterns for marking on plastic using a laser: Foaming, where the laser causes bubbling; chemical change, where the laser reacts with the pigments in the plastic; and carbonization, in which a high-energy laser is applied to the target surface.

As the laser light reacts with the metal ions in the base material pigment, a chemical change occurs, resulting in color development. The appearance varies depending on the color and material of the target.

When high energy is continuously applied to an area, macromolecules of the element around the base material are carbonized and turn black. The polycarbonate material shown on the right is transparent but produces a beautiful black color when carbonized.

Laser Marking on Other Materials 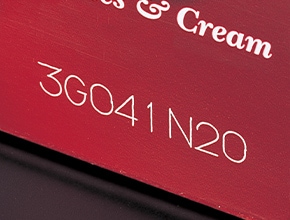 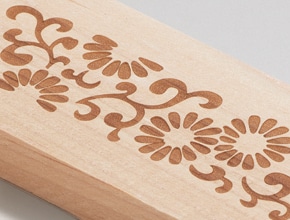 Processing with a Laser Marking Machine

Laser marking can be used for various processing applications such as cutting, drilling, and surface reformation in addition to marking. High-accuracy processing of target areas is possible by scanning the light to the desired shape.

During cutting, the laser light is scanned to the specified location to cut the desired shape. In addition to easily cutting complicated shapes, this process can also be used for removing gates and burrs or other purposes.

In this process, the laser light is used to remove a target’s surface material, such as paint, film, or plating. Surface reformation also changes the wettability of the surface material to increase the bonding strength and prevent any paste from flowing out.

Laser-based drilling uses laser light to irradiate a single point of a target to drill a hole through melting and evaporation. Controlling such factors as the size and power of the laser light makes it possible to drill holes as necessary for the application.

How to Use a Laser Marking Machine

With a stand-alone laser marking system, targets are placed one at a time on the stage for marking. This type of system is best for use with targets of various sizes and shapes requiring frequent tooling changes such as height adjustment. System specifications can be customized to include automatic stage lifting/lowering and foot switches for starting marking.

The bright lighting in the laser box allows the user to comfortably position the target and check the marking.

The panel blocks the laser beam. The user can check safely even while the laser is activated.

The dust collector is optimized for collecting dust produced from marking.

Frequently used buttons such as the Start Marking button are mounted. Also, a table for a PC or a touch panel can be attached.

Indexing systems include a positioning device that moves targets placed on a turntable to the marking position. With this type of system, marking can be performed toward the back while targets are being placed toward the front, allowing for shorter cycle times than stand-alone systems.

Fiber laser marking machines have a 1090 nm wavelength, making them IR (infrared) lasers. Fiber lasers can mark a wide range of materials, though they are optimized for metal marking applications. Their high power makes them perfect for annealing and engraving applications, but they cannot mark transparent objects since IR light passes straight through. 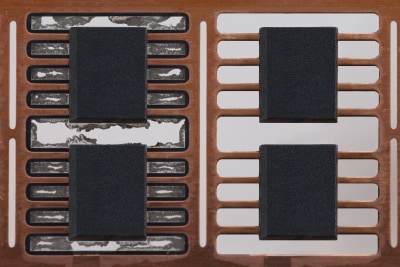 UV lasers use a highly absorptive wavelength (355 nm) to mark parts. This high absorption rate allows UV lasers to perform "cold marking," ensuring that no extra heat stress is applied to materials, including those with high reflectance such as gold, silver, and copper. This minimizes soot and burrs caused from typical marking and processing. 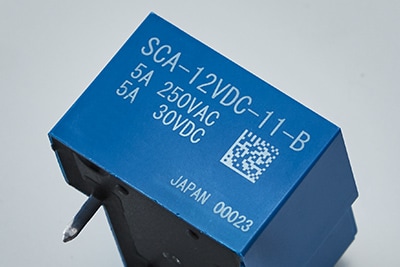 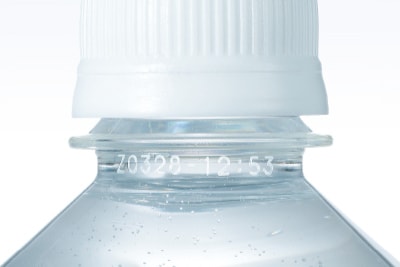 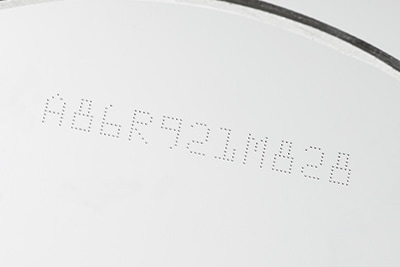 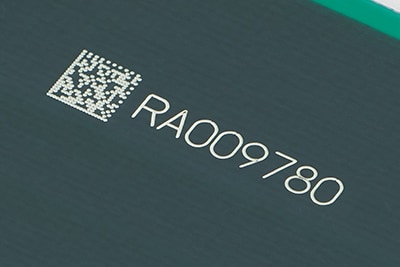 These videos show laser marking on various materials and products. Learn about the different finishes created with each application and the takt time required for marking.

Watch how a KEYENCE MD-F laser utilizes an STL file to precisely mark a 3D profile.