tcm:26-317549-64
Quick Delivery and Comprehensive Support Most products are in stock and ready for same-day shipping - contact us to get your order started

The Principles of Spectral Interference Systems - 2

"The distance of the target can be found if the intensity of the interference light for each wavelength is understood"... 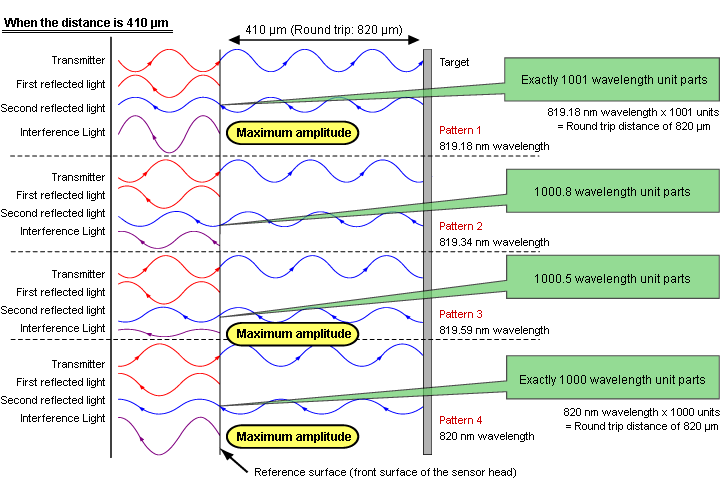 "Dispersing the interference light into each individual wavelength using a spectrometer to form an image in the CCD"...

Interference light that has returned to the spectrum unit through a fiber optic cable is in a state in which multiple wavelengths of light of varying amplitudes are mixed together. Due to this, it is necessary to first disperse each wavelength in order to perform accurate wavelength analysis. A diffraction grating is an element possessing characteristics that change the direction of reflecting light depending on the wavelength of the irradiated light. Through this, light is finely dispersed into individual wavelengths. Each wavelength of light that has been dispersed using a diffraction grating is received by each CCD pixel. From the received light waveform of the CCD, the horizontal axis can obtain the wavelength and the vertical axis can obtain the spectral distribution light intensity. By performing waveform analysis on this, all wavelengths that will reach maximum amplitude will be detected. Displacement data is calculated from the grouping of detected wavelengths.