Records Motion That Previously Could Not be Seen

We re-examined the camera element from scratch and developed a CMOS sensor that is best suited for magnified observation and recording high-speed video. Capable of providing 16 times the recording performance and more than 4 times the camera sensitivity compared to conventional models, the VW-9000 can record at up to 4,000 fps without dropping resolution (640 x 480). 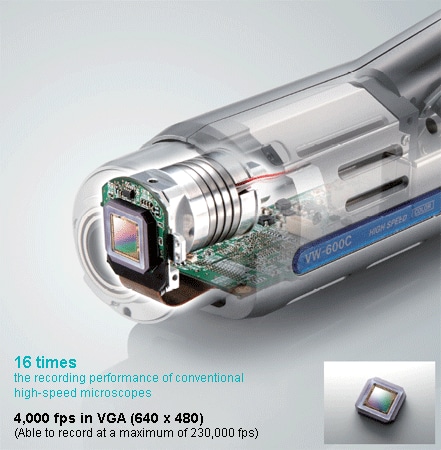