Nerve cells are easily affected by fluorescence blurring due to their complicated structure, which is why laser confocal microscopes are often used to observe them. As shown below, KEYENCE's optical sectioning mode can eliminate blurring of green neuropeptides for clear observation. 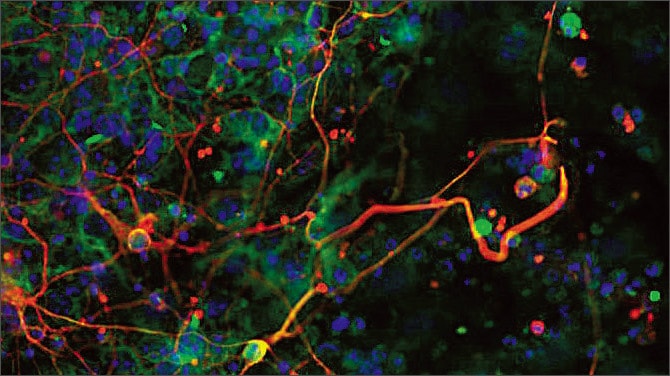 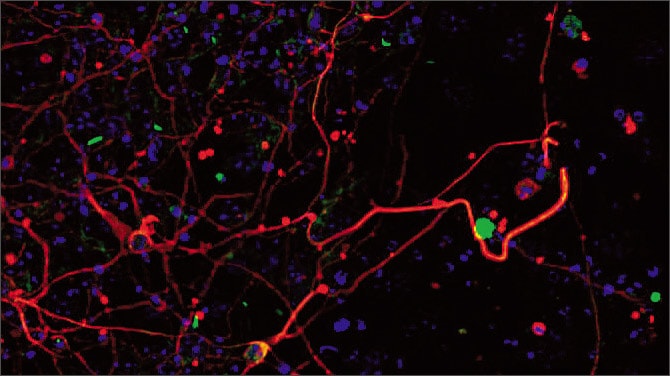 What are ES cells?

ES (Embryonic Stem) cells are produced from inner cell masses in the initial stage of fertilized eggs. They are expected to be used in various applications, including regenerative medicine, due to their pluripotent differentiation and potential to proliferate almost infinitely.

Once you have the BZ-X:

From multiple images captured at different planes in the Z direction, just the focused sections can be combined to create a fully-focused image of the entire specimen.

In addition to a fully-focused image, a high-resolution 3D image can also be composed to view the localization in the Z direction and the 3D shape of the specimen.

For large sections that do not fit in the field-of-view, a single high-resolution image can be obtained by stitching together several adjacent areas.