Static buildup is the phenomenon wherein electric charges are exchanged between the surfaces of two objects that come into contact with each other.
In this process, one object takes on a positive charge and the other a negative charge.
It is because of this that static electricity builds up on the surface of objects.

This is the static buildup that occurs when two objects come into contact with each other and electrons are transferred from one object to the other.

The transition of this charge is almost complete the instant contact is made.
Contact static buildup is the main cause of static electricity generated by contact and detachment.

Additionally, because the contact surface area increases as more force is applied, the amount of static electricity tends to increase. 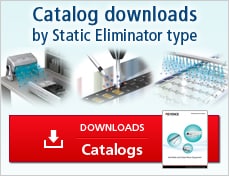 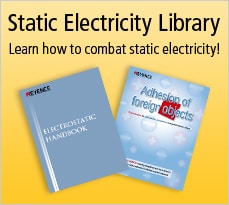