Introduction to "Roughness" produced by KEYENCE 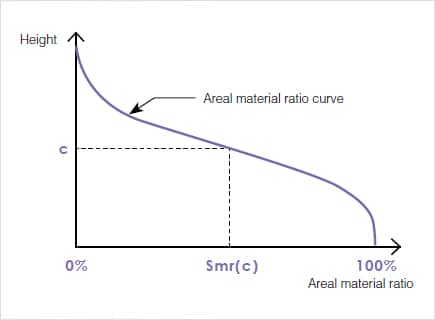 The equivalent line is the line where the sum of the squared deviation in the vertical-axis direct is the smallest in the center portion.

The core surface represents the height of the area that makes contact with other objects after initial abrasion.