As mentioned above, "cooling water" is one of the most frequently used applications of water in Factory Automation. Additionally, due to its role in the prevention of overheating during processing, "cutting water", often referred to as coolant, can be broadly classified as "cooling water" as well. Opposite to cooling, water may also be used as "insulating water". 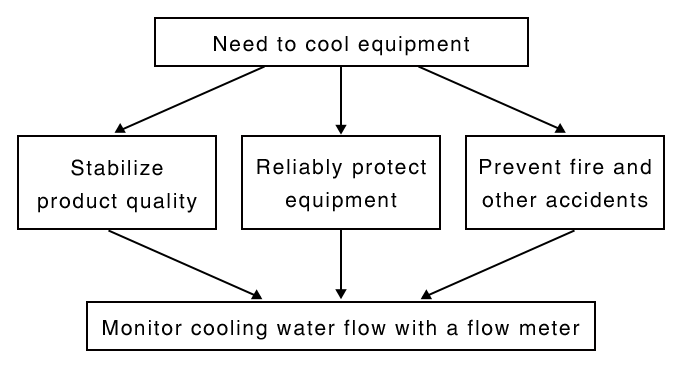 Tap water is not generally used because "cooling water" is not for human consumption. Instead, industrial water is pumped from groundwater or directly from rivers. Because all water is viewed as a limited and vital resource, it is generally circulated repeatedly prior to being cleaned and discharged. 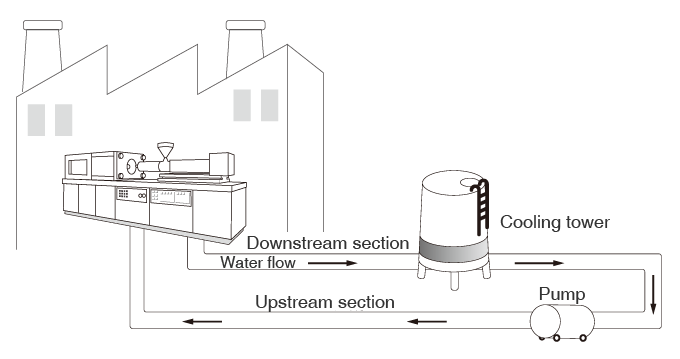