Various types of flow meters and flow sensors are available. This section summarizes the principles and features of electromagnetic flow meters. 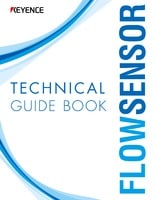 As the flow changes, the electromotive force (voltage) captured by the electrodes changes as follows. 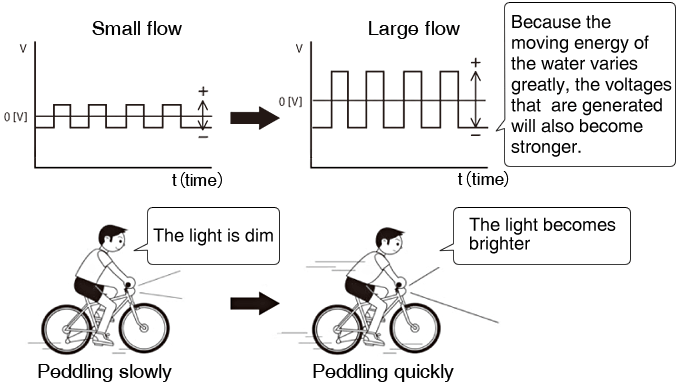 FEATURES OF AN ELECTROMAGNETIC FLOW METER

Within the context of the principles listed above, electromagnetic flow meters generally have the following features.

Electrical conductivity generally is a value that expresses the ease for electricity to flow. The opposite numerical value is resistivity, which expresses the level of difficulty for electricity to flow. For units, S/cm (siemens per centimeter) is primarily used. To determine how easily electricity will flow, 1 cm² electrodes are placed 1 cm apart. Using tap water at 100 to 200 μS/cm, mineral water at 500 μS/cm or more, and pure water at 0.1 μS/cm or less as samples, we can provide examples of actual measured electrical conductivity.

WHY DOES WATER CONDUCT ELECTRICITY? Besides H2O (water molecules), Ca2+ (Calcium ions) and Mg2+ (Magnesium ions) exist within water. The terms hard water and soft water are determined by the amount of ions found within a given amount of water. Because these ions conduct electricity within water, tap water, groundwater and other ion rich waters possess a property that conducts electricity. Also, since pure water is only H2O and does not contain any impurities, it cannot conduct electricity.

When you would simply like to confirm the presence or absence of electrical conductivity, a standard multi-meter can be used. Place the tester in a mode that measures resistance values and place both probes into the liquid. If the needle of the tester moves even slightly towards the zero side, it shows that electricity is flowing.* Conversely, if the needle does not move from ∞ at all, then there is no electrical conductivity. It can be judged that detection with an electromagnetic flow meter is not possilbe.

*As a precautionary measure, confirmation using an electrical conductivity meter is required. 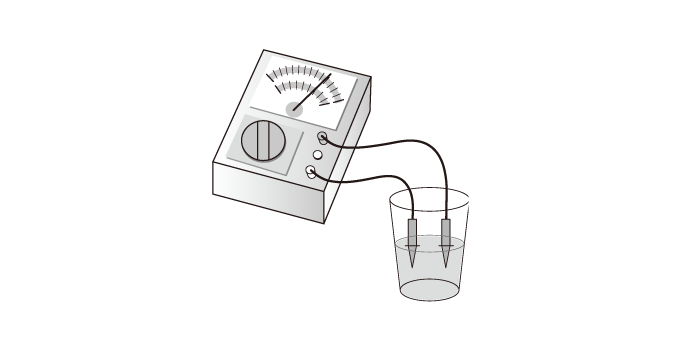