Sometimes sensors cannot be mounted directly above targets, the target position shifts, or the target is tilted. By using a camera with a built-in laser sensor, a single device is able to solve various detection problems by utilizing functions such as mounting angle correction, target position correction, and real-time target tilt correction.

What is the difference between a camera with a built-in laser sensor and conventional laser sensors?
Vision sensors and laser sensors have two roles. Download the catalog to learn about the mechanisms involved and application examples. 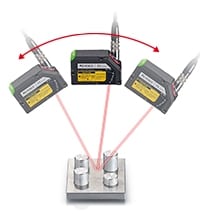 Corrects tilting of the sensor or equipment. By simply registering a surface to act as a standard reference, height can be detected accurately, even if the sensor is tilted. 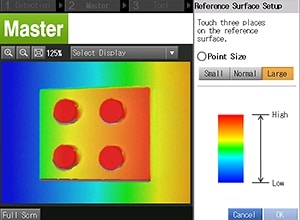 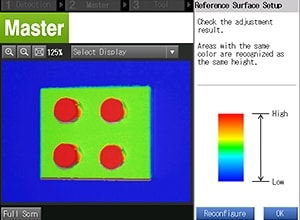 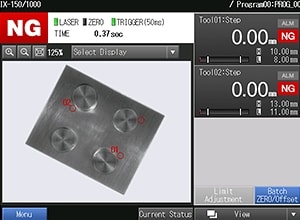 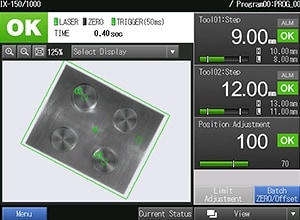 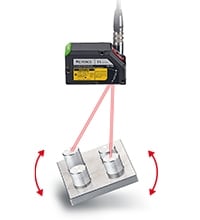 Even if the target object is tilted, the tilt angle can be corrected for the specified point. Because correction is applied for each individual detection, stable height detection is possible. 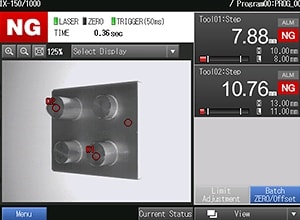