Contact Positioning Sensors are generally divided into the following two groups depending on the detection method:

In addition, there is another method originally developed by KEYENCE:

The sensor using the differential transformer method has an internal coil that generates a magnetic field when a current flows. When a core is inserted into it, the impedance of the coil changes according to the distance the core is inserted, resulting in the change in the signal level. The sensor detects this change in signal level and converts it into travel range. 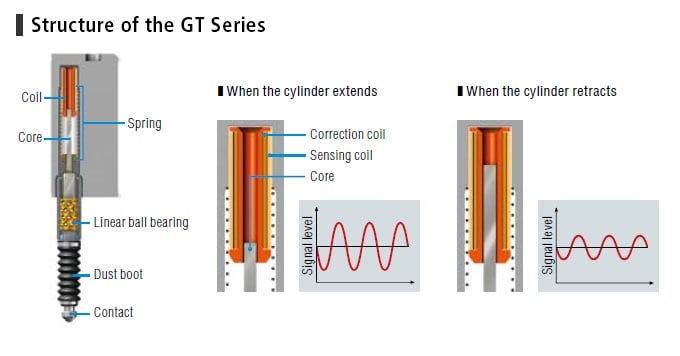 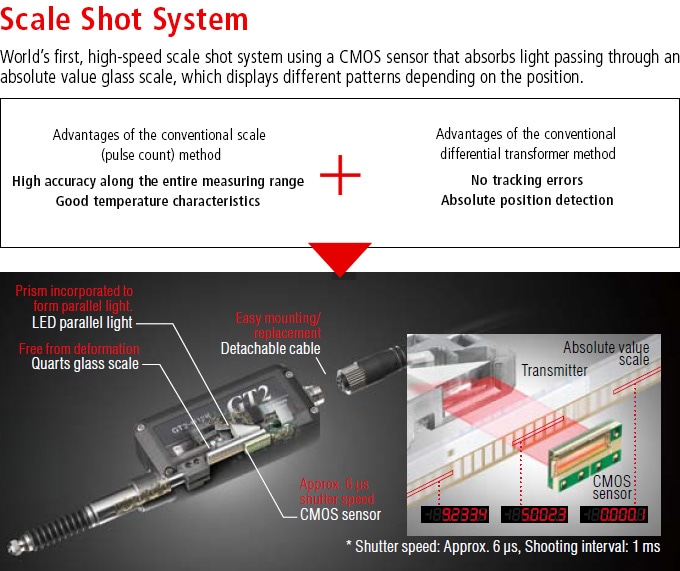