Detection based on “Camera Images”
Features and Strengths of Vision Sensors

So far, we have learned that vision sensors offer a high degree of freedom and just one of them can be used in place of multiple conventional sensors for a variety of applications. This section explains one of vision sensors' main features: surface analysis. 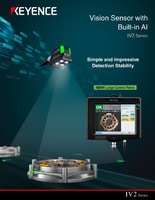 Detect not only single "points", but entire surfaces
Advantage: Detecting multiple points with a single sensor 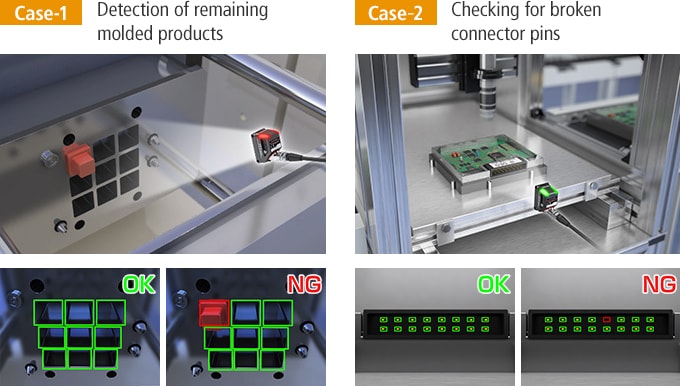 Multiple tools can be used simultaneously on a captured image, which addresses a variety of common production issues:

The above issues can all be solved with a single sensor.
Tools can also be added at a later date, which makes it possible to support inspection changes with simple settings changes.

Click here to learn more about the various inspections that can be performed.