How to Select a Shunt Resistor 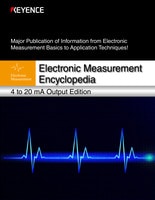 Selection of resistance and rating

Generally, a resistance of 250 Ω is used to convert 4 to 20 mA to voltage because it converts current to 1 to 5 V, which is easy to handle. Since the power consumption is (5 V × 20 mA) = 0.1 W at maximum, a rating of 1/4 W or more is used. As the tolerance, ±0.1% is selected in general, although it depends on the required conversion precision.

Where to wire a shunt resistor

A shunt resistor is wired to the voltage input device side in order to transmit output as current signals between devices. Transmission as current signals (4 to 20 mA) enables you to make more use of its advantages (such as longer transmissible distance and higher noise resistance). On the contrary, wiring a shunt resistor to the 4 to 20 mA output device side results in voltage transmission. For wiring between devices, twisted pair cables are used.

For those who want to learn
more about 4 to 20 mA measurement!

This single guide makes you a master of the measurement of 4 to 20 mA, which is widely used as sensor outputs and control signals!
This guide provides an easy-to-understand explanation of items ranging from basic to advanced techniques together with wiring diagrams.