Functions to Simplify the Recording Process

The VW-9000 greatly shortens the amount of time spent on setting and saving recordings by being able to recognize changes in motion automatically.

A detailed graph allows users to visually track and quantify the amount of movement (amount of change) of a target. 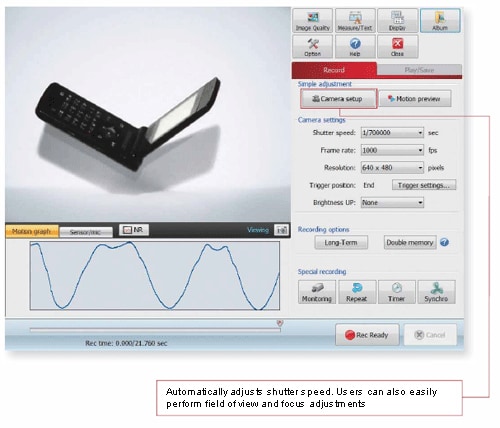 Capture and preview a video using the double memory feature, while only displaying scenes that show large changes in motion. 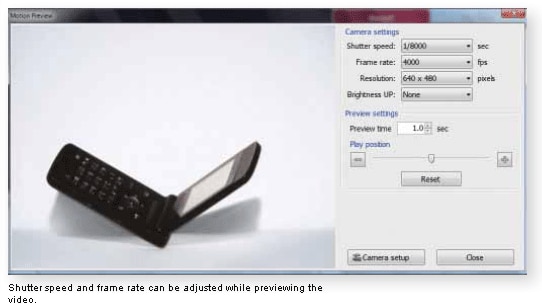 By analyzing the motion graph, this function recognizes changes in behavior and automatically leaves a marker associated with each time interval. Scene markers can also be added manually as needed. These markers allow users to display only the scenes that they want to view and skip other parts of the video. 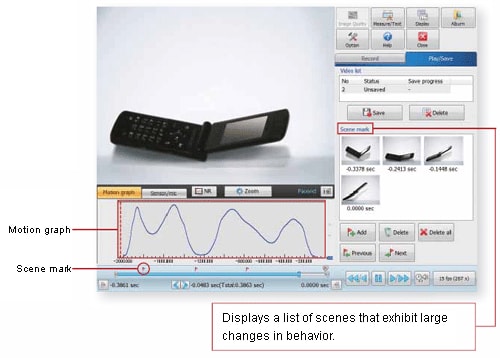 Triggers dictate how information will be recorded once an event of interest has been observed. The VW-9000 supports both internal and external triggers to provide the most user-friendly methods of recording video.

Record video for up to 13 hours at a maximum speed of 1,800 fps. Because it's also possible to set end triggers, you can stop recording after an error has occurred and check behavior retroactively.

The controller has a built-in single channel data logger. Videos and analog waveforms from vibration gauges, displacement gauges, and other devices can be displayed in sync. 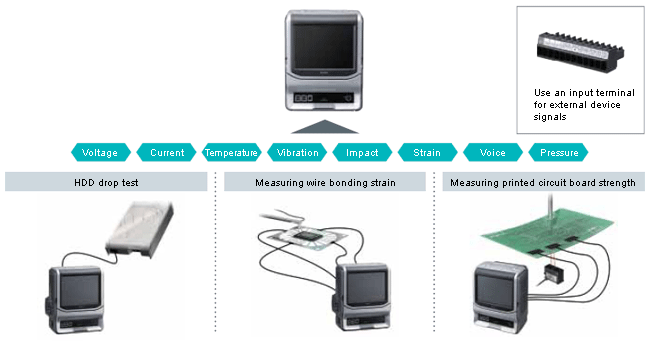 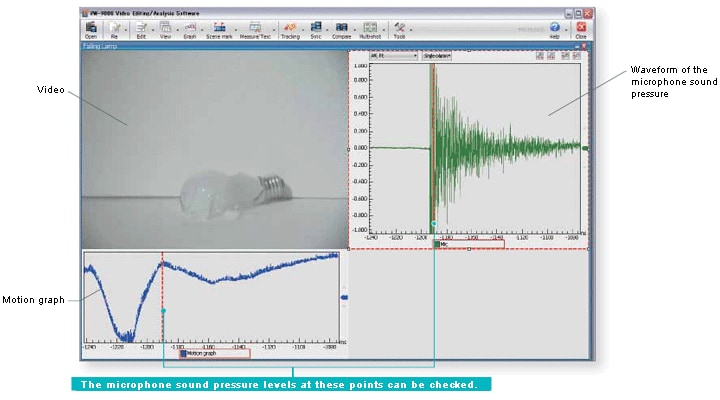 The VW-9000 can record high-speed video and any associated data.