tcm:26-1468794-64
Quick Delivery and Comprehensive Support Most products are in stock and ready for same-day shipping - contact us to get your order started

When observing the surface of an object with a microscope, it can be very difficult to determine the shape or topography of the surface since only a small area can be in focus at one time. This is especially true when capturing a photo with a camera.

Some digital microscopes have the ability to scan an entire surface and capture each different area that comes into focus, combining them into one fully-focused image. The relative height data from each focal plane can then be used to reconstruct the surface into a 3D image that users can freely manipulate, making it easy to understand the true shape of the surface. 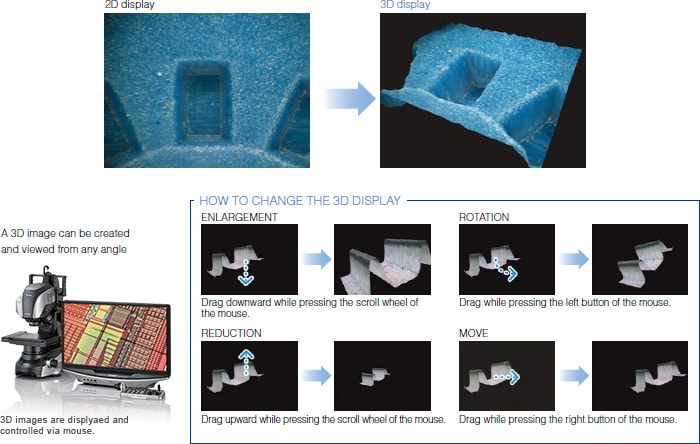 D.F.D. stands for Depth from Defocus. The D.F.D. method calculates three-dimensional depth information based on the amount of defocusing of two-dimensional images. When the lens is shifted vertically towards the target to capture images at different heights, the focus level of an individual point changes gradually.
When a position on the target is higher, in a topographical sense, that part of the image will come into focus sooner (when moving the lens downward toward the part).When a position on the target is lower, that part of the image will come into focus as the lens is moved closer to the target.
By calculating the height position of the lens when each point in the image comes into focus, a 3D image can be created.
Even if perfect focus is unable to be obtained for some areas, the Accurate D.F.D. algorithm is still capable of calculating the height location of those pixels and obtaining detailed texture information. 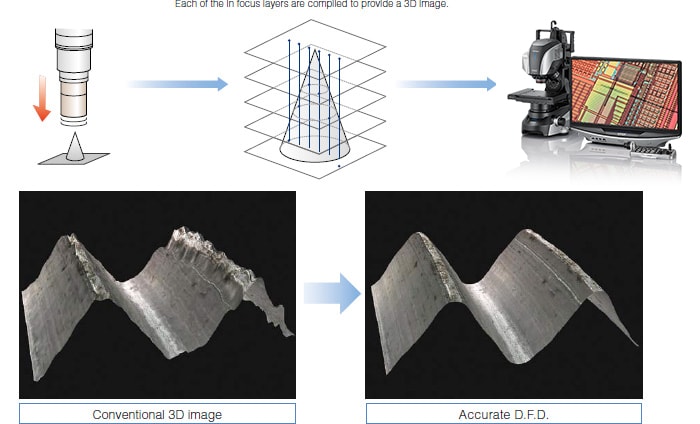 Metal and mirrored surfaces have hindered 3D image creation in the past due to their high level of reflectivity.
Areas with glare can’t provide the level of color contrast information that would help distinguish between an in-focus or out-of-focus pixel.
Now, by combining glare removal functions and 3D image compilation technologies, it is possible to construct an accurate 3D profile even on targets with extremely reflective surfaces. A 3D image contains data in XY and Z axes, providing for measurements such as volume, distance, plane angle, and profile.
These are typically impossible to perform with conventional optical microscopes. 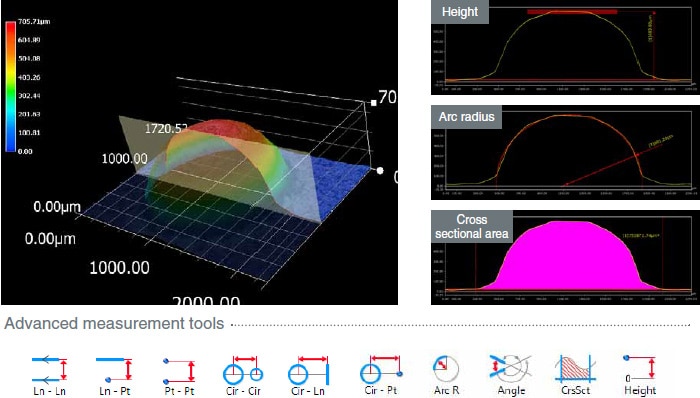 A height-color map allows users to examine the entire structure of an object at a glance.
The 3D image is rendered into a color scale, which maps higher elevations in red and lower elevations in blue.
The color-scaled image can then be displayed on top of the raw image, creating an enhanced topographical view.
To facilitate measurement, a scale for the X, Y, and Z axes can be automatically calculated and displayed according to the image size and rotational position of the 3D image. 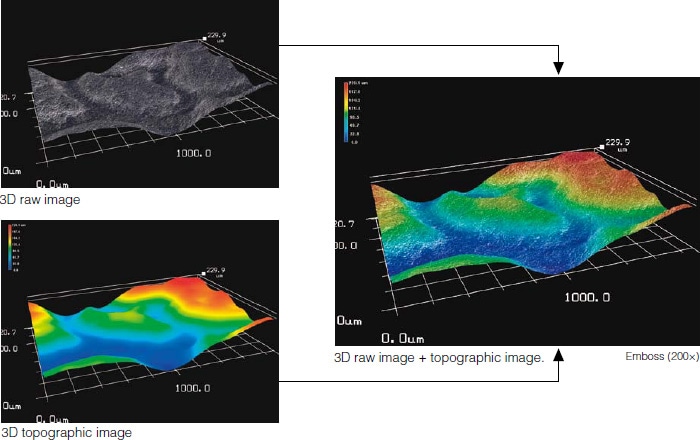 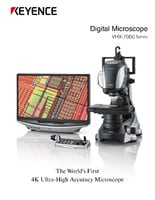 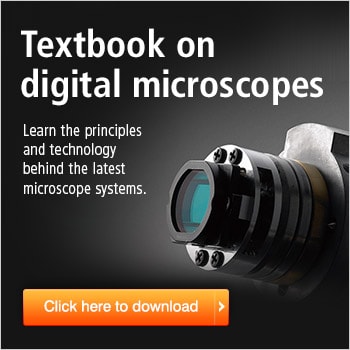