How is laser marking actually used in the electric vehicle industry? This section introduces applications that are useful for new process development. 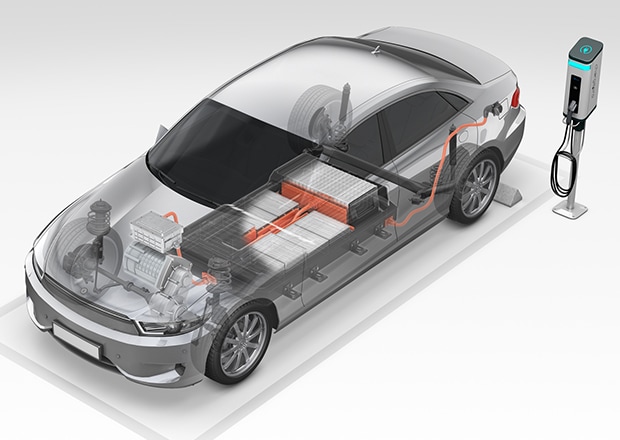 This section introduces marking and printing applications useful in the electric vehicle (EV) industry. Laser marking and processing are used on a variety of products including batteries, ECUs, and safety equipment. 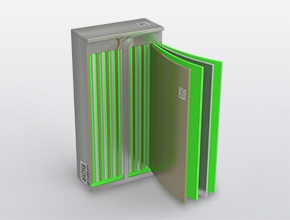 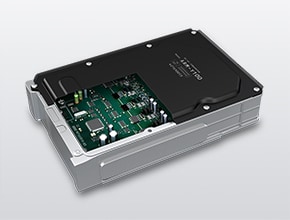 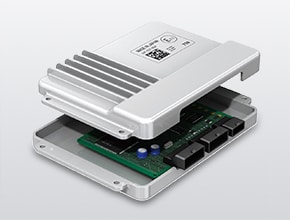 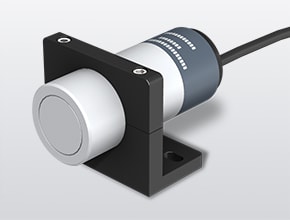 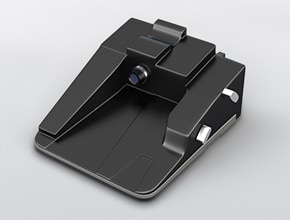 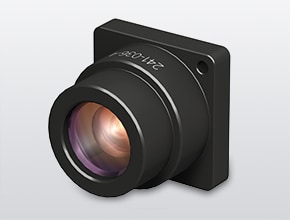 Batteries are the primary power source of electric and hybrid vehicles. They regain their power through direct charging or vehicle deceleration. Automotive manufacturers recently started using lithium-ion batteries, which have a larger capacity and a more compact/lightweight design compared to traditional options.

A: 2D Code and Serial Number Marking on the Battery Cover

A battery has a case and a cover, which are marked for traceability to optimize manufacturing and assembly.

Laser light is used to roughen the adhesion surface of the battery cover and case to improve the bonding strength.

2D code marking is becoming widespread. In the past, only battery cases were marked. Now, there's an increasing need to mark individual electrodes along with the case.

Inverters convert stored electricity from DC to AC and supply AC to the motor. Because motors rotate over a wide angle while a vehicle is operated, inverters must meticulously control the supplied electricity.

A: 2D Code and Character String Marking on PCB

Marking a 2D code on the cooling device makes it very easy to ascertain the device specifications.

Affixing labels to an inverter's case is common, but labels are expensive to produce and can't accommodate design changes well. Laser markers don't incur running costs and are very easy to adjust.

Cast aluminum cases can vary in size depending on product tolerances. It's important to have a marking system that can compensate for these size changes, otherwise you run the risk of defective, out-of-focus marks that aren't readable.

These sensors are installed in the bumper and detect obstacles up to about 1 m away. They are used in parking and notify the driver of nearby obstacles.

A: Identification Marking on Case

Identification marking is applied to the numerous sonar sensors in the vehicle.

Sonar sensors come in a wide variety of colors so they can match different colored vehicles. As a result, traceability systems must be able to cleanly mark a wide range of colors in sonar marking applications.

A: Identification Marking on Lens Unit

Identification marks are placed on the ring that fits around the camera lens.

B: Character String and 2D Code Marking on E-coated Parts

Lasers are used to mark e-coated parts on the camera's base. To ensure rust prevention, the marks must not completely remove the paint.

Identification marking is performed to distinguish the installed vehicle model and specifications.

B: Lot Number Marking on Lens

Identification marking is performed on the lens to distinguish the assembled case.

A: 2D Code and Character String Marking on PCB

B: Serial Number Marking on the Case Cover

Conventionally, affixing labels to the case was common, but laser marking is becoming more popular to reduce costs and simplify design changes.

The ECU is the brain of the vehicle, optimizing the movement of the various drive mechanisms. It electronically controls the engine, airbags, transmission, and other parts according to operating conditions. ECU development continues to evolve, with higher levels of control obtained every day.

A: Serial Number Marking on the Case Cover

Affixing labels to an ECU's case is common, but labels are expensive to produce and can't accommodate design changes well. Laser markers don't incur running costs and are very easy to adjust.

ECU connectors often use cream-colored and gray resins, which are difficult to mark with infrared lasers. However, UV lasers are capable of producing high-contrast marks on these materials very easily.

Milliwave radar sensors detect objects in a large area up to 100 m ahead. Forward sensors measure the distance to the preceding vehicle, rear sensors detect vehicles and pedestrians in blind spots, and front sensors help prevent crossing accidents (that commonly occur at intersections). 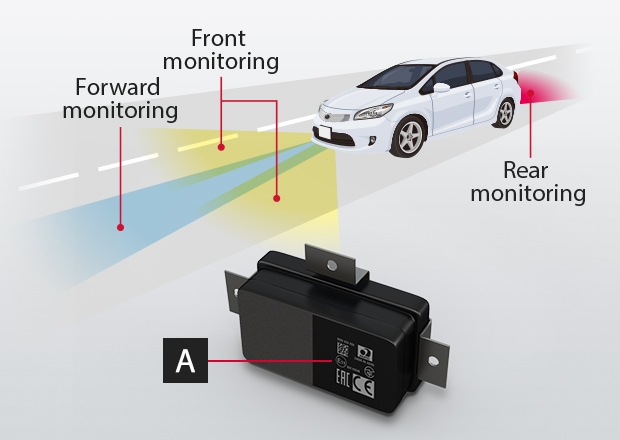 A: Standard Marking on Case

All equipment that emits radio waves (such as a milliwave radar) must obtain standard certifications in each country it will be used. Standard certification marks are added each time a new targeted export country is added. Laser markers are optimized for these applications because they easily adapt to design changes.